There were no groups found. 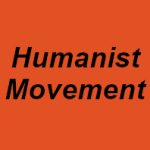 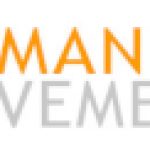 The Humanist Movement are people all over the world, who participate in the proposals of New Humanism, also known as Universal Humanism. These proposals in their broadest sense, can be found shaped in the Document of the Humanist Movement.
This current of thought that is presented in the works of Silo and those of the diverse authors who are inspired by it, also implies a sentiment and a way of living. Taking shape in multiple fields of human endeavour, giving rise to diverse organisms and action fronts. All of them applied to their specific fields of activity with a common aim: To Humanize the Earth. In themselves they have in common the methodology of Active Non-Violence and the proposal of Personal Change as a function of social transformation.
The Humanist Movement was born on the 4th of May 1969 with a public address by its founder, Silo, known as Healing of Suffering, in a mountainous outpost in The Andes, called Punta de Vacas, close to the border of Argentina and Chile.
The HM is not an institution, even though it gives rise to numerous groups and organisations.
The organisms that have emerged from the HM until now are: The Humanist Party, The Community for Human Development, Convergence of Cultures, World Without Wars and Without Violence, and World Centre for Humanist Studies.
Although these organisms have specific organizational forms that allow them to carry out their activities, the HM itself has no organisation and constitutes an ambit of convergence and interchange for Humanists all over the world.
The activities developed by members of the HM will depend on their free initiative.